Brisbane, Australia’s Sheppard is the pop group behind the global hit “Geronimo.” Platinum in in the U.S. (2x) and Platinum/Gold in 20 other countries, while climbing to #53 on the Billboard Hot 100, “Geronimo” propelled debut album Bombs Away and siblings George, Amy, and Emma Sheppard an ARIA for ‘Best Group’ and launched Sheppard onto Festival stages worldwide. Sheppard returned with sophomore album Watching the Sky in 2018 which debuted at #1 on Australia’s official ARIA chart and scored Top 10 debuts worldwide. 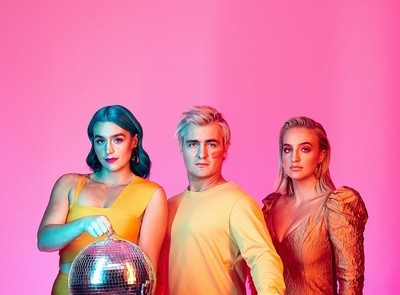 Single “Coming Home” achieved #1 and 2x platinum status in Australia, #1 in the Netherlands and Top 40 in Belgium. Globally it has generated over 38 million streams on Spotify and was #1 on the AIR Indie Music 55 weeks after release. Sheppard supported Watching the Sky with shows across Australia, Europe, and North America. They returned in 2019 with the release of empowering single “Kiss My Fat Ass” which spawned from Amy Sheppard’s body positivity movement #kissmyfatass and the release of latest single “Die Young,” which is out now.