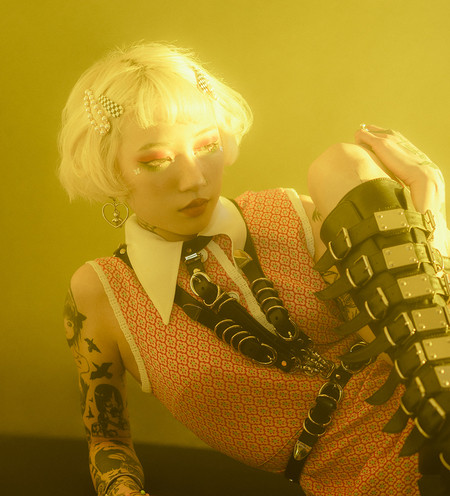 To support today’s release, yeule will be performing in London next week with a support show with Caroline Polachek scheduled as well as her album release show and a night with Moscow’s Kedr Livanskiy later in November.

As an artist, yeule is continuously exploring reflections of herself and Serotonin II makes up her most fully realized body of work to date, compiling these mirrored realities into one cohesive space. yeule describes this journey expressing, “It’s difficult for my mind to stay in one place. I can go back to revisit the person I was in my dreams. I see them as multiple people. Sometimes they talk to me, but I’ve cut most of them off because they start screaming in my ear.”