2019’s biggest breakout act, Megan Thee Stallion, drops a hot new one today with the release of “Ride or Die”, a collaboration with Vickeelo from the upcoming soundtrack for Queen & Slim, out November 15th on Motown Records. On the track, Stalli says “I’m really excited to be on the Queen & Slim soundtrack because this movie is going to do big things for the culture. This is the modern day Bonnie and Clyde. Why would I have not wanted to be a part of this? This is amazing! ‘Ride or Die’ is lit!” 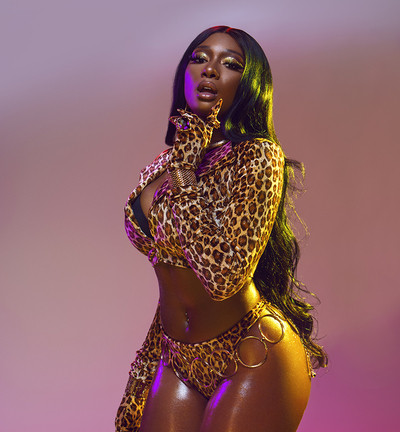 “Ride or Die” is the third new collaboration from Megan in less than a month, following her apperance on Gucci Mane’s anthemic bop “Big Booty” and on Moneybagg Yo’s hard hitting “All Dat”. Earlier this year, Megan dropped the explosive 300 Entertainment debut Fever, catapulting her to stardom, landing her with #1 songs at urban and rhythmic radio and appearances on Jimmy Kimmel Live!, The Tonight Show Starring Jimmy Fallon, E! News and the BET Hip-Hop Awards, where she took home the prize for Mixtape of the Year, and the MTV VMA’s where she won for Best Power Anthem. With now over 1B streams across all platforms and her single “Cash Shit’ featuring Da Baby certified platinum, it’s easy to see how the originator of “Hot Girl Summer” is quickly becoming a household name in hip-hop, pop, fashion, entertainment and beyond.