Today, British band Easy Life have unveiled their brilliant new single ‘Nice Guys,’ along with the news of their global ‘Junk Food’ tour and first ever North American headlining tour for 2020. ‘Nice Guys’ received its first play as Annie Mac’s Hottest Record in The World on BBC Radio 1 and marks the first release since their signing to record label giant Interscope Records for North America. 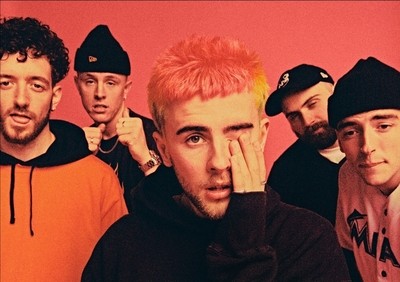 ‘Nice Guys’ is a wry, playful anthem for the outsider. The Leicester five-piece, all barely in their twenties, are able to summon the laidback groove of Kaytranada and jazz-infused funk of Anderson Paak, further solidifying them as one of the most essential bands around and remains a testament not only to Easy Life’s innate musicality, but their boundless, deeply optimistic approach to the present day.