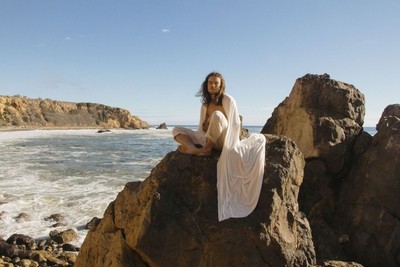 Vancouver Sleep Clinic released his debut project to critical acclaim in 2014 when he was just seventeen years-old. Now–following years of major label purgatory and a concerted effort on Bettinson’s part to reclaim his music for himself–Vancouver Sleep Clinic will release its transcendent sophomore album, Onwards to Zion. Written during a period of isolation in Bali with his friends in the fall of 2018, this record will be out on October 18. In a purposeful departure from his forays into electronically driven song construction, Bettinson wrote much of the album on a $100 nylon guitar bought at one of Bali’s only music stores. “I’d started getting used to making three-and-half-minute songs with a beat and a hook—but the thing is that I don’t really come from making beats,” he says. “I used to busk: that’s where I came from. The whole direction of this album changed for me once I realized I wanted to put the focus back on guitar again.”