Looking for the next big thing in hip-hop? We can’t tell you what that’ll be, but we’ve got a pretty good idea about how to go about finding it. Begin by looking for a young artist who has dominated a regional scene – one that’s loaded with budding talent but hasn’t been properly recognized. Louisville is a city like that, and there, in Kentucky’s first city, Bblasian is the man of the hour. UrbanMaxx wrote Bblasian is “changing the way the world views Louisville hip-hop.” We’ll go a step further and say that we believe that Bblasian is the rare artist with shoulders broad enough to elevate the profile of an entire town. 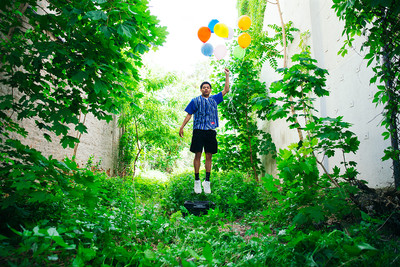 What makes him so special? Begin with the flow: slinky, slippery, rhythmically intoxicating, deeply musical even when he’s getting aggressive. Bblasian is the rare type of artist who can make a hook out of anything – and when he gets his hands on something good, the results are explosive. Critics and rap aficionados alike are convinced of his potential and are certain that we’ll all soon find out what Louisville already knows. Elevator suggested he’d soon be a major star. Soul Serum insisted that he’s got the voice and style to enjoy a major breakthrough.

Bblasian is on the come-up now, but things weren’t always moving in a positive direction. As he states in a confessional clip that opens the “Above & Beyond” video, he was once locked up – no $100k, no fame, no success. But flash to the present, and we see him waking up in the aftermath of a Hollywood pool party. Throughout, we get glimpses of the night before: beach balls, beautiful girls, more pizza than you could ever eat, and plenty of red Solo cups. Oh, and there’s an underwater jam session