Boston Ballet proudly presents the return of Mikko Nissinen’s The Nutcracker. The critically-acclaimed production, featuring sets and costumes by award-winning designer Robert Perdziola, has been delighting audiences and critics since its world premiere in 2012. The Nutcracker, set to Tchaikovsky’s renowned score, opens November 29 with performances through December 29 at the Citizens Bank Opera House. 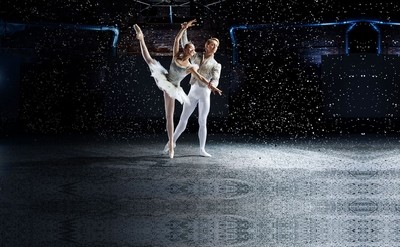 “The Nutcracker is a staple for so many people during the holiday season and we are honored to be part of their traditions and to welcome new audience members every year,” said Artistic Director Mikko Nissinen. “There is something for everyone to love in this beautiful production, which captures the holiday spirit and showcases the skill of our Company through iconic music, sets, costumes, and technically-challenging choreography.”

The Nutcracker includes the full Company of 56 dancers, 13 Boston Ballet II dancers, and 250 Boston Ballet School students. The 41-performance run will feature many dancer debuts in new roles, showcasing the vast talent within the Company and providing many opportunities for dancers to shine in soloist and principal roles.

Nissinen’s The Nutcracker is “an immediate plunge into theatrical splendor that seems to follow audiences right out the door at the ballet’s end.” (Karen Campbell, The Boston Globe) It marked the first time Boston Ballet built a new production entirely from the ground up, engaging craftspeople from across the United States. Robert Perdziola illustrated more than 40 sketches that were transformed into the production’s larger-than-life sets that range from calm, subtle colors in the Act I party scene to vibrant colors in Act II’s Nutcracker Kingdom. The 2012 production also incorporated more than 350 beautifully intricate costumes. New lighting design by renowned Finnish designer Mikki Kunttu was added in 2015. This will be the second year that Boston Ballet’s Music Director Mischa Santora will conduct the Boston Ballet Orchestra, the second largest musical organization in New England.

Mikko Nissinen’s The Nutcracker is based on the libretto by Alexandre Dumas père titled The Tale of the Nutcracker, which is adapted from E. T. A. Hoffmann’s story The Nutcracker and the Mouse King. The story follows the wondrous journey of young Clara, who receives a nutcracker as a gift at her family’s Christmas Eve party. Later that night, her nutcracker magically transforms into a handsome prince, who leads her through an enchanted forest and on to the Nutcracker Prince’s Kingdom.

All 41 performances of The Nutcracker will take place at the Citizens Bank Opera House (539 Washington St, Boston, MA 02111):