Singer-producer vōx (pronounced “wokes,” the Latin word for “voice”) has just shared a bold and experimental new single “I’ve Never Been So Happy to be Bleeding,” her third release since teaming with Arts & Crafts. The haunting, minimalist track “is about being enough as a woman and looking at our bodies as empowering instead of weak,” states vōx. “I wanted to flip the idea of bleeding (as a period) into wounds and the sharing of those wounds has a vulnerable strength.” 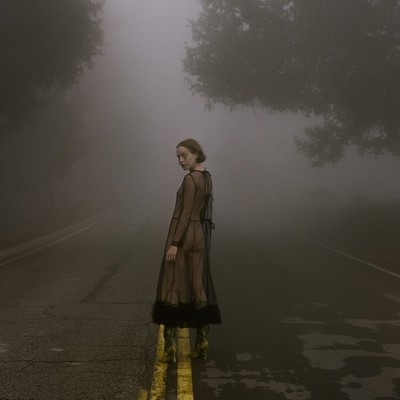 vōx is unpacking a lifetime of emotion to construct a captivating and immersive world where she can reflect on love, womanhood, religion, and healing. Confirmed in the Lutheran church as a young teenager, the depression and self-doubt that stemmed from this early experience is sewn into the fabric of her art. Following a series of self-released singles and covers, one of which, a collaboration with 100 gecs’ Dylan Brady, went viral reaching #8 of Spotify’s Global chart, vōx released her 2017 debut EP, I Was Born, and was invited to attend the Red Bull Music Academy in Berlin. Her complex and otherworldly approach to music has resulted in glowing coverage from Interview Magazine, i-D, Paper Magazine, NYLON, Stereogum, Vogue Germany, and recent print cover feature on Broccoli Magazine.