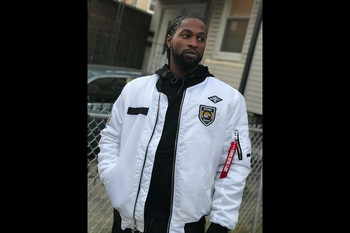 Born and raised in Jersey City, K.O Styles has been making music since he was nine years old. Yes, you read that right: he was just nine when he picked up a tape recorder for the first time. When he was a young child, he followed in the footsteps of older siblings and cousins who listened to 90s rap like DMX, Snoop Dogg, 50 Cent, Tupac, and Busta Rhymes. Soon enough, he found that making music made him feel good and gave him something positive to do, and decided to take things to the next level and pursue music as his career.

K.O Styles doesn’t just make music, he gives experiences, invokes feelings, and brings “answers to a lot of questions that some people my age would have.” He’s now released the music video for “Today,” a single he’s sharing to bring awareness to his professional music career.

“Today” is inspired by a real-life situation that K.O Styles went through where he needed money, and he created and produced the song all himself. He even directed the video with the help of his cameraman, making creative decisions himself. On screen, he brings to life the sometimes painful reality of everyday life in a ghetto, where youth resort to drug dealing to make money. The “Today” video is dark, but it’s also here to bring light and spread a message. K.O Styles says about the video, “It’s also speaking to someone who doesn’t have a voice to say these type of things – not everybody can admit to not having something, so I just thought I would be the person to display that.”