Walk Off the Earth, the Juno-award winning, multi-platinum phenomenon known for their chart-topping originals and unique covers, have released the new single, “Video Killed The Radio Star,” featuring Sarah Silverman. “We’ve always loved collaborating with different artists and met Sarah back in 2012. We talked about recording something fun together ever since and now the time has finally come.” 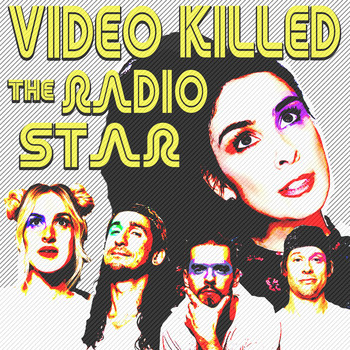 Based just outside Toronto in Burlington, Ontario, their brilliant 5-people-playing-one-guitar interpretation of Gotye’s “Somebody That I Used to Know” exploded on YouTube, garnering over 180 million views. Since then, the band has released a string of successful original songs including, “Red Hands” (#1 at AAA), “Fire In My Soul” & “Rule The World” (multi-platinum in Canada); sold out venues across the globe, from Red Rocks to Wembley, and collaborated with some of the biggest artists in the world (Keith Urban, Snoop Dogg, Nicky Romero, & Steve Aoki). In 2019 the band won a Streamy Award for Best Cover Song with their interpretation of Maroon Five’s “Girls Like You.” They also released a holiday EP, ​Subscribe to the Holidays,​ that charted as the #1 independent release in Canada for the last week of November. Both works are natural fits in the band’s wide-ranging and ever-growing repertoire, and tease their big plans for 2019.