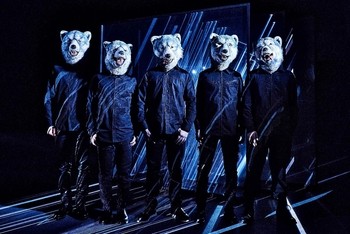 Japanese superstars MAN WITH A MISSION have released the video for their new single, ‘Left Alive’, following their sold out show at London’s ULU last week. The song is the commercial track for the new action survival game LEFT ALIVE from SQUARE ENIX, available on PlayStation 4.

Surreal, figurative imagery is intercut with footage of the band playing amid a frenzy of lasers and mirrors, reflecting the high-octane energy of the track. The song features rapping and vinyl scratches, which are set against some of their heaviest riffs yet.

Speaking about the song MAN WITH A MISSION frontman Jean-Ken Johnny says, “Before producing the song, they told us the concept of the game and we thought that the story was awesome. We’re beyond happy that our music will be part of it. I was completely addicted to the game’s worldview and I thought that the title was something else. The world changes with one’s own choice. I put the will in this music like the game.”

MAN WITH A MISSION are one of the biggest Japanese rock bands and are a huge draw across Asia. They released their first international album (their fifth in Japan) Chasing the Horizon last year to huge acclaim, which has set them well on their way to global domination as one of the most exciting and intriguing new rock phenomenon.