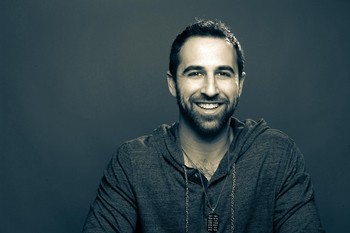 For years now, My Silent Bravery (Matthew Wade) has been known for being a storyteller, displaying courage and heart in his songs. But now, with his latest video for “Holding Out” featuring Nashville rapper Maurico, he’s showing us that he’s a fighter, too.

As an independent artist, Matthew Wade has made his presence on the charts felt since he got his start over a decade ago. He’s partnered with award-winning producers like Mike Mangini, Peter Zizzo, Anthony Resta, Warren Huart, and most recently, Jim McGorman on Willing to Try. Willing to Try, Chapter 1 landed three songs on the Billboard charts with each song hitting multiple charts. His single “18” peaked at #8 Digital Rock Song Sales, #28 Hot Rock Songs Chart, and #46 on Emerging Artist chart. He has also trended overseas on YouTube and charted on the top 40 of the iTunes Singer/Songwriter Best-Sellers chart and Amazon’s Hot New Releases, while managing to remain victorious in a number of music award competitions. He’s toured regularly and played hundreds of shows with artists like Daughtry, Howie Day, Ryan Cabrera, and Aaron Carter, among many others.

Originally known for acoustic pop-rock songs, My Silent Bravery has begun to branch out with his sound. “Holding Out”, the first single from the upcoming album Holding Out for Hope, features rapping verses from Maurico, which contrast with Wade’s sweet but strong vocals. In the video, we see Maurico spitting his lines, while Wade stands in a boxing ring. They’re getting ready to fight, but not against another person. These fights are within. Wade says about “Holding Out”, “The song to me is about HOPE! Never giving up. Being strong. Good things are going to happen when you keep fighting for what you want. Great things take time. Hope is stronger than fear. Don’t worry have faith that it will all work out and it will just not maybe as you had planned it.”