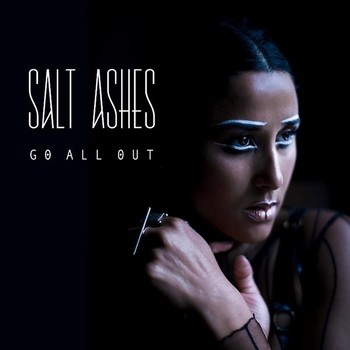 “The video is a reflection of the internal struggle you have as an adult to accept and follow the status quo when your real desire should be to taste danger and release the inner child.”

Being that Tim Burton’s ‘Beetlejuice” is one of my favourite films I was instantly drawn in and could see that Lucrecia understood and shares my vision for pushing visual boundaries and taking risks. Lucrecia comes from a fashion photographic background so her attention to detail and approach at composing each scene is flawless. It was awesome working with her and the incredible team we had on this.”

The video will be released via the Roton Music YouTube Channel. Go All Out is the second single in 2018 from Salt Ashes following ‘Girls’ earlier this year as well as her debut self-titled LP in 2016, all released by US indie dance label Radikal Records who she has been signed with, worldwide, since her debut in 2014. With stamps of approval from tastemakers such as MTV, Billboard, Noisey, The Guardian, Daily Mail, Popjustice, Wonderland and BBC Radio 1 & 1Xtra as well as opening for artists such as Tove Styrke, Say Lou Lou, Nimmo, Bright Light Bright Light and 80s pop sensation Tiffany, Salt Ashes has clearly been defined as an Artist To Watch.