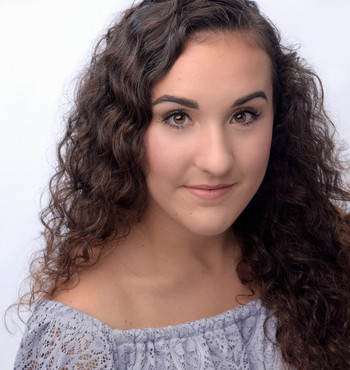 “The feeling I get when I step on stage today is the same rush I felt my first time onstage when I was just a kid.”

That is a testament to the talent that resonates from performer Danika St Denis. The talented artist who hails from Toronto has come a long way from just a kid dreaming of performing. As a child actor she worked at a collection of theatre companies learning about the business. Then one day at the tender age of seven years old she was asked to captain the dance crew for her first show. It turned out that for the following show she was chosen to be the lead.

St Denis would then perform at many plays and musicals that would inspire her to study acting in Toronto and the musical theatre in New York. She was first inspired to follow into acting after viewing the award-winning Broadway play “Rock of Ages” and was especially struck by the talents of Lauren Zarkin who played the character Sherrie. Lauren’s stage presence and commitment to her roles is what St Denis noticed the most.

She would soon immerse herself into the acting circuit and would end up choreographing the famous play “Rent”.  It was a VCP production that was presented in Toronto before moving to New York. St Denis even played the lead role of Joanne. Even as a young lady she loved the play and watched the film version countless times. She knew the play from front to back and would end up developing her own choreography to suit her cast. St Denis even revised the numbers like “Take Me or Leave Me” and “Tango Maureen” that fit her vision. It was a very special moment for her.

While in New York making her way in the theatre scene she would receive praise on two projects in particular. At the Hudson Guild Theatre, she played the role of Gwen in the play “Figuring Out Will” which she was approached by the director Emilie Jensen to audition. She was offered the part almost instantly. The play had such a good run that it was filmed and screened at the M&D playhouse in North Conway, New Hampshire. Not long after she took part in a cabaret event called “Evolution of Music” which also introduced the theatre company, Our Time Players which St Denis is a member. The show “Evolution of Music” is an exploration of hits from the 60’s to the present St Denis performed the hit “Somebody To Love” from the classic band Queen.

Only recently St Denis was a part of the show “Nights At The Piano” at the Duplex Theater where she played the lead role. It was an original song cycle by composer Svetlana Orel which was a premiere of her new music. It was a show that depicted the struggles of performers within the New York scene coupled with love and the search for identity. We must also realize that St Denis is a singer as well as an actress. Two of her favorite performances as a singer were as Anne in “Anne of Green Gables” and at Canada’s Wonderland where she was able to show the other side of her vocal skills in pop and rock.

On the horizon for St Denis is a show in North Carolina called “Cool Yule Christmas” which she will be performing as a vocalist and dancer.  She is also busy working with a playwright on a new play and was asked to participate in a second engagement of the show “Nights At The Piano” by the composer Svetlana Orel. St Denis is growing with each part she plays as more great things are in the works for this young multi-talented artist.