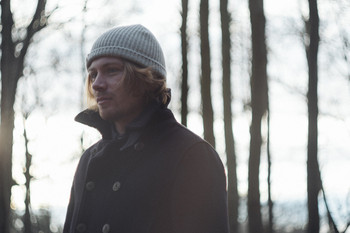 Hidden away on an island in the Outer Hebrides, Calum Buchanan is The Sea Atlas.

Residing in his ancestral home in the North Atlantic, The Sea Atlas skippers boats up and down the West coast of Scotland, working the land on his croft, all the while writing and recording his own brand of hauntingly beautiful tracks, locked away in a cabin on the shores of a sea loch.

When the storms batter his home, that’s when he works, the energy of the island resonating in the music, creating the atmosphere that shape The Sea Atlas, a map of sheltered havens to open expanses that brave the harshest storms.

‘Goodbye’ is the heartfelt – and heartbroken – new EP release from The Sea Atlas, and it makes quite the introduction to a wonderful new artist waiting to be unearthed.

The ‘Goodbye’ EP by The Sea Atlas is out now from all good digital stores and streaming sites.