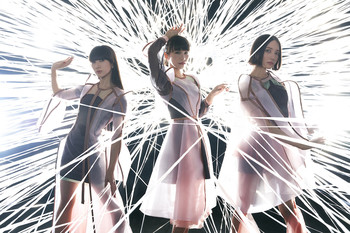 Multi-platinum selling J-pop girl group Perfume recently released their highly anticipated 7th album, Future Pop. Available now to stream, the album features hit singles “Tokyo Girl,” “If You Wanna,” “Mugenmirai,” and “Let Me Know.” The follow up to their critically acclaimed album Cosmic Explorer, Future Pop was an instant success, reaching #1 on the iTunes Electronic Albums Chart in over 20 countries within the first 48 hours of release, and has received praise from the likes of Idolator, L’Officiel USA and Billboard.

To support the new album, Perfume – who are currently on the road for their nationwide arena tour in Japan “Perfume 7th Tour 2018 FUTURE POP” – have announced new tour dates, expanding their tour into the international market by playing shows in Asia and North America in Spring 2019. The last Asian tour performed was WORLD TOUR 3rd in 2014, while the last North American tour was Perfume 6th Tour 2016 “COSMIC EXPLORER” in 2016. More details of international dates will be announced soon.

In addition to the tour announcement, Perfume have also released the brand new music video for title track, “Future Pop.” Made as part of the “Perfume x docomo ‘Future Pop’ Project” in collaboration with Japanese telecommunications company NTT docomo, “Future Pop” was directed by Yuichi Kodama, who has directed numerous TV commercials and music video, and was a new challenge of “anime and live action fusion.”