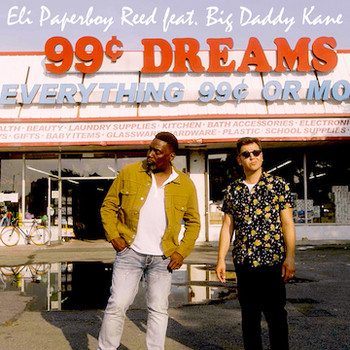 Reed created the track, leaving a space for Kane to add the final touches. Eli later referred to the track as “perfect,” commending his long-time role model for capturing the essence of the song and writing the verse that brought it all together.

Eli Paperboy Reed and Big Daddy Kane’s friendship began as every modern friendship does – on Instagram. Kane called out Reed as one of his current ‘Top 10’ favorite singers, and the rest is history. Over the years, the two artists formed a close friendship over shared music tastes, discussions of new ideas, and a huge amount of respect for one another as musicians.