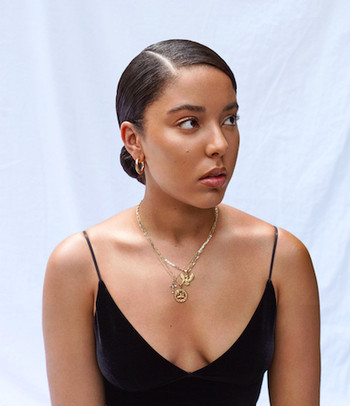 Although it’s message could be universal, the meaning behind “Why Her Not Me” is much more personal. The song tackles the notion of jealousy and abandonment Grace felt for her father, who’s lack of presence in her early life inspires much of her music. The supporting visual follows Grace from a child to an adult, still bearing that pain. Her songs are the letters she never got to write and everything she wanted to say, but never could until now.

Grace comments on the video, “I wrote this song about my father choosing another life over raising me. This video represents the literal and emotional journey I took, only to find out he wanted them and not me. Everyone can relate to the feeling of not being good enough and the frustration that comes with that.”