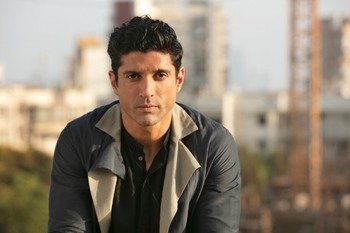 Channelling the timelessness of early David Bowie and the ambition of Sgt Peppers…, ‘Rear View Mirror’ is an infectious blend of soft rock orchestration and delicate melodies tinged with subtle psychedelia. Flowing seamlessly through punchy verses and choruses that swell effortlessly into euphoric crescendos, the track is a tactful assessment of introspection amid delicately crafted musicianship.

It’s also a reflective take on changing personal circumstances, the track deals with his recent separation from his wife. “It’s me dealing with the guilt of being the one who ended the relationship,” says Farhan. “But it’s important to move past the guilt so as to evolve. There’s no point in looking past and looking forward at the same time – you’re never going to end up anywhere.”