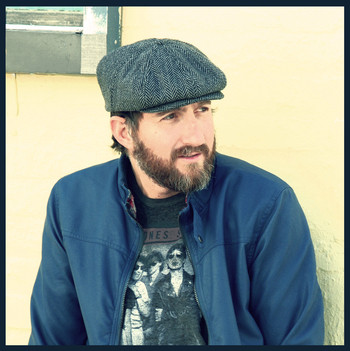 We are so happy & grateful to be here with you to check out the up to date info & music from Mike Stocksdale. Los Angeles native Stocksdale embodies all aspects of true musicianship, with a technical education in guitar from the Musician’s Institute in Hollywood, CA, and a past rich with classic influences including Paul Simon, Bob Dylan, Tom Petty, The Beatles, Bruce Springsteen, and B.B. King. Mike is keeping busy this summer with a new album, single, baby, and show @ Rocky Mountain Folks Festival in Lyons, CO. Lets get into it today with Mike Stocksdale.

Hi Mike, welcome to Skope Magazine. How have you been?

Can you talk to us more about your song/single A Passing Phase?

It’s from the album, Until the Oceans Rise, Vol. 1, which I tracked live to tape at Moosecat Studios here in L.A.

A friend’s bad breakup inspired the initial idea and the first few lines, but the song became about much more than that.

The lyric video is up now, perhaps a music video will come at some point.

Until the Oceans Rise as an album title is about how I’ll continue writing and recording music until the day I die. The title song has a different story.

Writing took a long time. I have a job and a family, but was able to steal away a few hours each day for songwriting. Even when

I wasn’t feeling like it, I worked at it anyway. Eventually I had enough songs to make a record. For recording, I wanted this album to be a snapshot of me in a room. Very raw and stripped down sounding. That’s why i tracked it live to tape.

Truth is I just write songs that I like. What genre they fall in probably depends more on the production. In this case I was limited by my skill set as a musician.

Not for a bit. My wife and I have a two week old at home. I did just get news that I’ll be playing the Rocky Mountain Folks Festival this August, though, as part of the songwriters’ showcase. It’s in Lyons, CO.

What’s one thing we’d be surprised to hear about the members of Mike Stocksdale?

I have a politically driven hip hop side project called $IDEQUEST. EP coming out July 13th.

Name one present and past artist or group that would be your dream collaboration?

Currently The Wood Brothers. They’re the best band with the best songs. All time – Paul Simon. He’s not only one of the greatest singer/songwriters ever, he’s arguably one of the best producers as well. I’d love to have him produce a song of mine.

Josiah and the Bonnevilles.

Raising a kid. Playing at the Folks Festival. Making a new album. Releasing the $IDEQUEST EP.