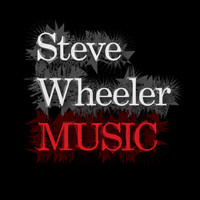 Steven Wheeler holds nothing back on the full-throttle rush of “Terminal Velocity”. Aptly named Steven Wheeler rushes through these three pieces in a fantastic display of color in a way that heightens tension. Layer upon layer comes into the mix in a way that simply swirls about. Feeling akin to a long-lost soundtrack, there is something deeply visual about the works, the way they evolve in a natural sort of fashion. Classical, electronica, and a little bit of ambiance come into the fray for the whole of the work has a wildness to it, one that runs completely free.

Not even a mere moment is wasted for the percussion of the title track “Terminal Velocity” feels quite rich. Kaleidoscopic in cadence all of it swirls about in a naturalistic, force of nature approach. Various elements filter in and out of the mix while the pieces grows ever more massive in scope. High energy pours out of the defiant attitude of “Fist Of The Heavens”. Within the piece’s very DNA there is a metal-infused sort of riffing, one that stops for nothing. Electronic noises come into the fray further adding to the sense of pure madness. Neatly bringing everything to a close is the thoughtful reflection of “The Endless March Of Time”. Going for something gentler, the buildup and ambitious scope of the piece works wonders.

With “Terminal Velocity” Steven Wheeler creates a true symphony of sound, one whose cinematic flourishes are imbued with a tremendous fiery spirit.