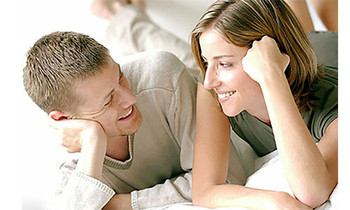 In recent years, many people have associated male infertility with poor diet and lifestyle. Little did they know that modern sleep pattern is a strong factor to consider when issues like this arise.

Research carried out at the University of Southern Denmark and was published online April 7, in the American Journal of Epidemiology has confirmed that when a man fails to get sufficient sleep, it may cause harm to his sperm. Studies revealed that men who did not achieve sound sleep for sufficient time or those that suffered disturbed sleep that are not up to six hours per night had lower sperm quality and smaller testicles.

According to Tina Kold Jensen, the research team leader, men who are highly disturbed from sleeping had a 29% reduction in sperm count and only 1.6% of healthy and normal sperm. The researchers documented that sleep disturbances are common occurrences in industrialized nations, and as a result, no less than 20% of young men in these regions have their semen quality reduced.  This issue may likely have severe health consequences.

Data in form of questionnaire was collected from young 953 young men to determine the extent to which they slept in the last four weeks. In addition, their hormone levels and semen were thoroughly analyzed from the blood tests conducted on them. Their responses were then compared with the sperm samples taken from them.

At the end of the tests and analysis, result shown that 15% find it extremely difficult to sleep while 13% experienced restlessness in their sleep.

Discovery from the Scientific Research

Within the past four weeks, those who did not enjoy quality sleep had lower sperm counts and less mobile sperm. It was believed that they will likely develop deformed sperm.

According to the researchers, some factors were believed to affect the result, among which are alcohol consumption, smoking and age.

Scientifically, the link between sleep and male fertility can be explained from the view of testosterone levels. It was argued that although sleep disturbances didn’t affect overall testosterone levels but alter nighttime testosterone rhythms. Some lifestyle factors are also believed to be accountable for poor sleep and lowered semen quality. This was the submission of the scientific research.

It is important to note that lack of sleep negatively affects male fertility because it hinders the body from producing sperm.

In another development, a professor of Epidemiology at Boston University School of Public Health, Dr. Lauren Wise, has stated that men with less than six hours night sleep per day are 42% less unlikely to get their partners conceived as compared to those with 8 hours daily sleep.

He noted that when a man maintains sufficient sleep, he will achieve quality sperm because his daily testosterone levels will be regulated.

This sperm health write-up was brought to you by the leaders in male enhancement – www.maleshop.co.za . The Maleshop stock several male enhancers that help men to perform at optimal levels and increase sexual satisfaction. Maleshop also has stock herbal products that can help men improve sperm quality and mobility.