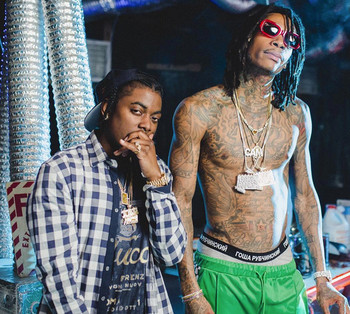 Fre$h links with Wiz Khalifa for the XL and Chase Millie produced “Paul Masson”. With the artist formerly known as Short Dawg just a few weeks removed from his March Madness 4 mixtape, Fre$h returns with new music. Here, the TRU member of 2 Chainz’ Atlanta label calls up Wiz Khalifa for his new single and enticing visuals.

In true Fre$h style he explains how the single came to be: “After Wiz’s show, we came back to the studio. Trashed. I told XL and Chase Millie to load up any beat, I’ma one-take it. Held my word, then Wiz came in right behind me…We drank everything but the Paul Masson, which later became the reason I didn’t remember doing a second song with Wiz the next day.” The chilled, ultra cool single is smoker friendly. It’s also a tune to kick back to and indulge in a fine glass of cognac, an ode to man the song title is based around.