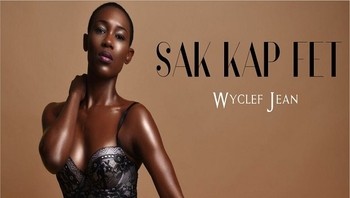 It is no secret that Wyclef Jean has celebrated countless successes throughout his prolific music career. The three-time Grammy Winner is best known for his solo work, his band the Fugees, as well as writing for legendary acts like Santana and Shakira. In his latest single “Sak Kap Fet,” Wyclef does not shy away in showcasing his Haitian heritage and the love he has for his country.

Pride for his home country is something that Haitian rapper, Wyclef Jean, has always expressed throughout his long and accomplished career. Starting many charitable organizations, as well as trying to run for President of the Caribbean nation in 2010, Wyclef Jean has a great amount of affection for his home country. “Sak Kap Fet,” is the first song off of Wyclef’s latest project which is a nod to his roots and represents Haitian unity and pride. The term “Sak Kap Fet” means “what’s up?” in Creole. Along with highlighting his Haitian pride, “his latest single marks the start of his “Wyclef Goes Back to School” project, which aims to scout young musical talent throughout the United States. Wyclef will be visiting 20 colleges throughout the nation to find the best talent these schools have to offer and feature them on his mixtape. “Sak Kap Fet” accomplishes that by featuring Staten Island, New York based songwriter and producer, “Kofi Black.”

In the video for “Sak Kap Fet,” Wyclef makes his search for new young talent eminent. You are immediately taken into his live show as it highlights the energy and free-spirited vibe he is about. The main focus is for people to enjoy the environment and the people they are with while embracing different types of art forms. The video is cut with scenes of fans and other artists getting on stage and letting their ability shine. Aside from fans performing live, the video features clips of numerous different performers via social media dancing to his latest single.

Music is such a powerful force, it allows you to express who you are as a person, where you come from, and your background. Unfortunately, there is so much art in the world that will never be seen or heard which is why Wyclef Jean’s effort to bring all of it to the forefront is so important.