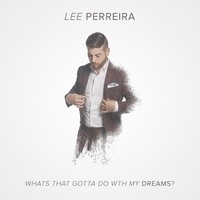 All up and down the west coast, there are some wonderful sights to see. From Seattle, Washington, Portland, Oregon, Los Angeles, California, San Francisco, California, and many others, there are just so many wonderful cities, attractions, and places that warm hearts up! And with a truly hot spring already making its presence known, it wouldn’t be too bad of an idea to rush over to California and visit multiple places including Long Beach as there is a surprising artist making true musical noise and turning heads while doing it! Lee Perreira has just released ‘Born In Da LBC,” off of his latest album, “What’s That Gotta Do With My Dreams?” And this song is truly making an entrance of its own!

Lee Perreira, a native of Long Beach, California, has brought something to light in his ‘Born in Da LBC.’ Perreira has been touching stages for years gravitating to a mix of soulful blues and rock. Sharing the stage with several notable artists, Perreira uniquely plays the guitar and offers several genres of music to fans in his live performances. One thing is for sure: If you look, you will find him everywhere as it seems like he is one of the hardest working men in the music business!

At first impression, looking at the title, someone would automatically think that the song was going to be a fun, party song of remembrance, but instead, the listener is greeted with lyrics that actually could bring tears to eyes by stating, “Oh, in the LBC…Jesus wasn’t saving me…Oh, in the LBC, he didn’t have no time for me…” Those are painful words because we live in a world today where there are so many mixed views, where political tones are threatening world peace and then song lyrics like these makes the listener stop and actually not know what to do or say. Most people that are Christian would rebuttal instantly and state an opposite statement, but continuing to listen, painful memories start to unfold subtly from Perreira which shed a little bit of light. From the sound of the song, life must have been kind of hard while also unpredictable. Although the shocking lyrics open the song, it is lyrically soothing while also very much comparable to Folk Americana. The presence of the acoustic guitar is truly heard from the start to the finish and leaves the listener yearning for more. More importantly, it feels like music was there to save Perreira at a young age as his voice has a very old and grownup captivating feeling that sings from pain. Painful, yet very uniquely great stuff!

The summer hasn’t even gotten started just yet and such artists like Lee Perreira are ones that need to be seen in public! Musicianship, true singer-songwriter feeling, and a total escape from a long work week are all reasons to truly go out and find where he will be playing at next! It was a pleasure hearing this new single, ‘Born in Da LBC.’ It made me be even more thankful for the fond memories that I have when I think about my childhood. Thank you, Lee, for this magical, humbling moment and for leaving me with a wow! I highly recommend this song!