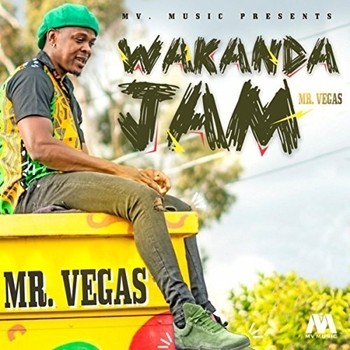 Mr. Vegas is back with another hit so you know what that means…it’s time to dance! This latest track from the dance music superstar, titled “Wakanda Jam,” features his signature blend of reggae and dancehall sounds with a modern twist that leaves everyone jamming out.

Since the 1990s, Mr. Vegas has been improving upon his craft, performing with top industry artists such as T-Pain, Future, and Nicki Minaj. Like his recent hits “Dancehall Dab” and “Follah Da Leadah,” “Wakanda Jam” is another example of Vegas’ expertise in making music for the moment. The track alludes to Wakanda, the main setting of the multibillion dollar box office smash, Black Panther, and has gained over 300,000 views in its first week of release. Wakanda is widely known for being saturated with culture and good times, two staples of Mr. Vegas’ music.

The “Wakanda Jam” music video lets viewers know that Mr. Vegas brings the party wherever he goes. This is shown in shots of Vegas rolling up in a pizza truck with his crew of dancers inside, ready to let loose to the track. The video matches the song’s vibrancy, from the beautiful murals and palm plants that serve as its backdrop, to the dancers dressed in colorful prints. The liveliness illustrated in the video perfectly reflects the carefree spirit of Wakanda natives featured in the Black Panther movie, making it the ultimate “Wakanda Jam.”