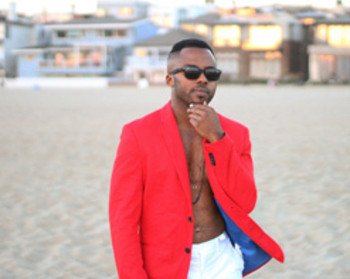 There’s no telling where life can take you. Born in Nigeria and raised in the French Province, Republic of Benin in West Africa, international pop visionary TYSU has been on a path of artistic enlightenment from a young age. At the age of 14, he began performing with his school, reciting tunes in both English and French. By the time he finished high school, he was firmly entrenched in the world of the performing arts and ready to take his career to the next level.

TYSU crossed the Atlantic and landed himself in New Jersey for 14 years. After taking advantage of every opportunity here on the east coast, he took the last evolutionary step to unlocking his true potential: moving to the City of Angels. For the last three years, TYSU has been applying all the hard-knock lessons he’s learned and turning them into undeniable, career-defining hits.

Inspired by the vast geographical landscape of the west coast, “Valley Girl” is a dance-hall smash that honors TYSU’s global influences. Featuring fusion rhythms often found in South America and even a lyric in Spanish, “Valley Girl” has the unassailable power to bring the world to its feet. In conjunction with “Valley Girl”, TYSU’s vociferous lust for creation has produced another banger on the other side of the musical spectrum, “1, 2, 3 Time.” This second single details a retrospective look at the beauty of a blossoming relationship. Unlike the contemporary nature of “Valley Girl”, “1, 2, 3 Time” takes influence from the early 20th century. The range of sounds found in just these two tracks certainly speaks volumes for his versatility, but no matter what style he’s working in, TYSU will always keep the dance-floor moving.

Not only did moving to Los Angeles inspire and enlighten the creative juices within TYSU, it also connected him with other talented artists looking to collaborate. One of those artists is film expert Nima Javadi.   Javadi shot both music videos, which are visually as diverse as the songs themselves. While the bright hues of “Valley Girl” showcase dancing in the sun-kissed desert blanketed by a baby blue sky, “1, 2, 3 Time” is a black and white classic, reminiscent of New York City in the roaring 20s.