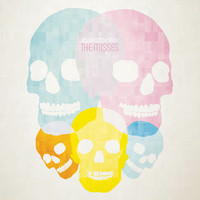 Joshua Ketchmark has finally returned with another series of beautiful and thought-provoking images, in his new soundtrack, ‘Her Voice In My Head’ from the album ”The Misses”. This damn good song plays through a country sounding story of love about his life. But why would you care? Because the story that this soundtrack tells may be a resemblance to yours. The soothing sound and tone, Joshua’s captivating vocal, are nodding towards the gush of emotions running throughout the song in such a way that only an experienced and talented songwriter can manage to bring out in his song.

Joshua has tried to maintain a country style in this song, accompanied by acoustic guitar and his magical vocal tone. He has chosen the juxtaposition of blooming romance and the lamenting on a failing relationship as the theme of this song, sung with a flux of sentiment and emotion. It appears like the theme is really thoughtful and perfect for a country song like, ”Her Voice In My Head”. On the other hand, the soft and smooth sounding country style of music plays the role of a great medium to express such emotions and feelings in a comfortable manner. The setting of the song follows a country road that gets intertwined with the country vocal style of Joshua Ketchmark.

”Her Voice In My Head” is a song that depicts a tale of romance and the moaning over the frailty of a failing relationship. Joshua is driving down the country road, folding his mind up to few things. ”I’ve never driven down this road with the radio up,” this line tries to focus on how the singer is feeling right now, what his mental situation is at present; he is trying to get something that can distract him from certain feelings or memories. Another line of the song that clearly shows the situation and the singer’s mental condition is, ”driving through the pines in the dead of night”. This scene opens with Joshua driving through the woody areas at night; the nocturnal ambiance, with the trees that seems to be moaning in sorrow, evokes an undercurrent feeling of the obvious sadness.

In the song, the delicacy of Ketchmark’s voice showers through the well-written yet simple lyrics. In fact, both the lyrics and the performance style of Joshua has some sort of magical and spellbinding effect that it provokes the mind of the listener to enjoy a refreshing nostalgic encounter with the past. This remarkable song shows the world Joshua Ketchmark’s capability of songwriting in a graceful story-telling manner. The lyrics will wrap around the listener in such a way that he will feel like the song is telling his story. ”Her Voice In My Head” is a very soft, mellow, ad soothing song, through which Joshua is soothing his heart, comforting his mind.

”Her Voice In My Head” is a very soft, mellow, and soothing song, through which Joshua is soothing his heart, comforting his mind. Joshua’s astounding and heart-melting vocal, playful instrumentation, country style, the love-relationship background, are such elements that have made the song outstanding and exceptional among all the other love songs.