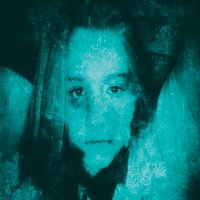 Doug McCurry has been involved in original music since the 80’s, as both a musician and producer. He was a member of the band Big Brick Building, who released 2 CDs and drew the attention of industry professionals, critics, and alternative music fans. After several years of absence, Seven Songs About Leaving marked the return of Doug McCurry to writing and recording music. Doug McCurry & The Verticals II, a 10 track full-length album is the latest release of alt-pop-rock recordings by the eclectic artist, and it’s chock full of great stuff for Pop music lovers.

The disc kicks off with “She’s Running” which instantly shows the great throwback McCurry himself truly is, with this well-written power pop tune. It’s a very smooth number that reminds of tracks like “Runaway Train” by Soul Asylum. If you can recall that track, this opener is in the same vein, only it harks back even further to the Beatles and other power pop pioneers. It relies on pure faith to original songwriting, so it doesn’t compare to anything but other songs on this album. It’s followed by much fun on the second track, “Pretty Eyes On Fire” which is a clever little gem with some fantastic groovy playing.

After ending abruptly, more of a ballad kicks in with “Precious Rose” but it doesn’t change anything about the energy of the music, it’s just a slower track, and another good one it is, with McCurry’s songwriting coming on ever stronger than on the previous cuts. But things kick back up a notch on “Sugar & Lies” with its smooth and slinky guitar and dramatic atmospheric background. This is a killer tune with all the pop frills, followed by another ballad on “Beautiful Pain” which really is one of the most pleasant tracks, it’s well placed in the set and helps keep the songs glued together.

“Bossa Nova 4-2” is another song in the somewhat reminiscent of bands of the 90s like Soul Asylum, and it crosses over well on the album with a beautiful piano-driven number. It runs in perfect time and just has a very satisfying effect on the senses. It leads well into the next track, “That Josephine” where McCurry takes some risk with no holding back in some of the lyrics, and it somehow belongs to the song without question. It starts out with some radio fuzz, and McCurry keeps the old mic effect going throughout as he sings with the most angst and total abandon to be found anywhere on the album. Humor finds itself here.

“Devils & Crosses” is another droning ballad that is probably the most hypnotic number in the set. This is an acoustic track with some nice guitar playing and McCurry singing in narrative fashion. And the nest track “No One Recalls Gary” is another acoustic track which kind of reminds of a.m. radio songwriters of the mid-70s. So does the closing track “Floating On The Wind.” It’s a charming song with a great vocal approach and some fine lyrics, in fact this sounds very enjoyably familiar. It wraps up an overall excellent album by this veteran artist.