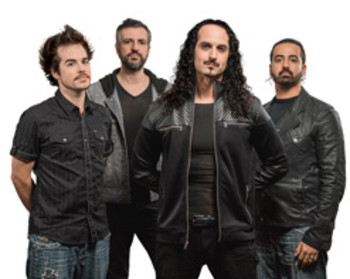 The art of combat may seem like it is a world away from the art of music. Look closer, however, and the similarities are greater than it may seem at first glance. Both require a steady diet of focus, repetition, and 24/7 commitment to becoming better than everyone else. In their new video, “Anti-Social Butterfly,” Blue Helix brings the two worlds together for a knock-down, drag-out musical brawl.

It was just barely 12 months ago that we introduced viewers and programmers to this Pacific Northwest outfit via their visually stunning “Aliens” music video. It was a lush, elaborate power ballad that stretched the minds of their audience. For their new single, “Anti-Social Butterfly,” the group has brought full-throated fury that we’ve come to expect from Blue Helix. Hooky riffs, thunderous drums, and a vocal performance that would make screamers from Dave Grohl to Robert Plant proud, “Anti-Social Butterfly” is an unapologetic anthem against bullying.

The song is one of six tracks from the new Anti-Social Butterfly EP, which has been well received and heavily rotated on Sao Paulo/Brazil’s main Rock Radio station 89.1 FM. While the group has previously made their name with a melodic blend of acoustic and electric overtones, for this round they’ve found a leaner, more in-your-face sound that slides directly into any modern rock playlist.