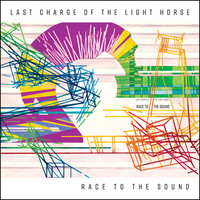 The alternative indie rock band, the Last Charge of the Light Horse, has recently launched their new album ‘Race to the Sound’ on an obvious versatile platter. Since 2004, Jean-Paul Vest and his crew have been continuing their musical journey, surprising the audience with Vest’s unique and rare sound, and successful experiments on different kinds of musical recipes. Many songs are out there that touch the strings of the heart of listeners, but the specialty of ‘Race to the Sound’ lies at a bit further level. Nearly all the soundtracks of this album are so rich in rhythm, sound, and beats that it draws all the strings of your heart so that it will cherish on the tingling joy of the songs forever.

Through ”Race to the Sound,” Last Charge of the Light Horse have tried to tell the audience about their potential for sound creation. In the album, Vest’s songs are lyrical, unpretentious, thoughtful, glittering, and earthy. One cannot assume what comes in the next line; all the songs come within the shell of a direct and dynamical experiment. The wondrous sound creates an aura that will never become dull and monotonous; the ears of the listener will want to stick to the dynamic music again and again.

Like a true insightful watcher, Vest opens ‘Race to the Sound’, with a song about the capability of songwriting. In the opening song, the writer has used the flue as a metaphor for the creative and imaginative drought. In terms of music, ”Where the Winter Ends” is a song of pure and organic imagination, that gets support and comfort from electronic percussion, the right proportioned screaming of electric guitar, injections of flute and trumpet, and gorgeous vocals by Camryn Quinlan.

Every note and vocal emphasis have been put exactly where they meant to be; there is no exaggeration or extra stress Vest has shown, not in a single line of any song of the whole album. The way Vest is singing out just two words, ”obligation lifted”, is mesmerizing; only an imaginative and experiment prone mind can sound like that. It seems like he has explained the whole story by pronouncing just these two words.

And then comes ”What If’’ that has already become a stunner and showstopper of ‘Race to the Sound’. The electrifying waves of guitar, the drumming, and such other instrumentation has made ”What If” a heart-locking song, a true gift to the mind and soul. The melancholy tone, paired with the dynamic experiments of music and sound of this song echoes the true, original, and authentic sound of the Last Charge of the Light Horse.

“This Room” giving a description of a motel room. But with the imaginative and creative touch of Vest, the motel room overcomes its mundane simplicity, and get painted with ear-soothing melody, transforming into a musically furnished room.

There are many other fabulous songs Vest has put in ‘Race to the Sound’. Overall, the album seems like a musical and melodious milestone of the Last Charge of the Light Horse. Once you listen to it, it will become harder to get an escape from its magnetic attraction.