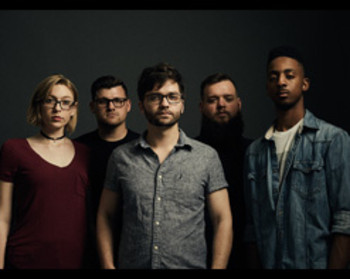 Everybody who has ever thrown dice around a board with friends knows it: those gaming sessions can get pretty intense. That’s doubly true if the game on the table dramatizes the quest for global domination. Other boardgames are more detailed, for sure, but for sheer elemental, delightful aggression – the thrill of clashing cube armies – there’s no beating Risk. “Rebels”, the new clip from Coopertheband, channels the fun and ferocity of a great gaming session – one that turns from fierce competition around the Risk board to a spectacular live-action paint battle in an open field to a wild, blissfully destabilizing rock performance under the blacklight. And in a nod to dedicated boardgamers, Catan makes an appearance, too.

That’s just the sort of playful, instantly winning approach that fans have come to expect from Coopertheband. Here is a group ambitious enough to dedicate an entire EP to the Biblical story of King David, but also approachable enough to become one of the most popular and noteworthy new acts in Central Tennessee. The Jackson, TN five-piece has already had its music featured on HBO, ESPN, and the CBS crime drama Without A Trace. Kingdoms, the newest album, is the smartest and strongest effort yet by Coopertheband, and the reverberations from this release are bound to be felt far beyond the Mid-South.

“Rebels”, the lead single, is a three-minute distillation of everything that’s great about Coopertheband. It’s effortlessly melodic, wonderfully energetic, optimistic, danceable, passionately played and sung; above all, it’s a joyful celebration of the inspirational possibilities of music. Coopertheband has been blessed with two dynamic singers: Cooper Brown, the group’s namesake, and the youthfully exuberant Phoebe Scott. It’s Scott who takes the lead on “Rebels”, and her poised, powerful performance imparts gravity to an already exciting song.