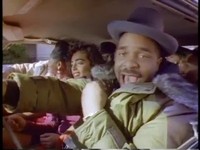 People don’t understand your fiery passion for cars. Whenever you begin to tell them how you just spent the last four hours explaining how to protect your car from car theft and getting intimate with your car’s oil change, they just sigh and roll their eyes. So, how can you possibly celebrate your love in a way other people will understand?

Through a perfectly crafted playlist about cars, of course. If there’s one way to communicate your feelings to your friends, it’ll be through the persuasion of music. We’ve compiled the perfect playlist of our favorite songs and tracks about cars. Next time you give your friends a ride, pop in these tunes. They’ll understand why you want to marry your car – I mean – why you love cars.

The Beach Boys weren’t big fans of cleaning products, but they were big fans of cars. Based on the Chevy 409, the Beach Boys sing about the best qualities in driving American muscle. It’s just car talk but with a catchy groove.

“Cars” by Gary Numan is perhaps the most popular song on this playlist. Car maniac lover, Gary Numan celebrates his unwavering passion for cars through the only art he knows: music. He says it himself that he feels “safest of all” in his car.

Elastica released an ode to cars everywhere with their song, “Car Song.” If there’s one thing that this 90’s rock band understands, it’s the qualities that make you fall in love with a car.

Sir Mix-A-Lot should consider a name change to Sir Drives-A-Lot, because “My Hooptie” is the perfect tribute song to those who love cars. Also, alternative names: Sir Drive-A-Manual, Sir Cars-A-Lot, or Sir Parking-Lot.

Janis Joplin is a lyrical poet, but you don’t need an English degree to understand what the song “Mercedes Benz” is about. Coincidentally, the Mercedes Benz is the Janis Joplin of cars.

The Complete Soundtrack to the film Drive

The soundtrack to the film Drive is perfectly crafted, because it’s all about cars. The film is called Drive, so how could it not be? Just imagine sitting in your car with a tight leather jacket, toothpick in your mouth, alone, and silently sitting in the shadows of an overhanging bridge. How could they not like cars!?

Known for their one hit wonder, Foghat clearly has one thing on their mind. It’s how slow they drive their precious car. Clearly, he’s taken traffic school online, because his defensive driving skills are phenomenal.

Queen – I’m in Love with My Car

This Queen song is obviously about his car. Titled “I’m in Love with My Car,” Freddie Mercury wasn’t trying to be subtle about his feelings towards his engineered behemoth of a vehicle. There’s even engine revving noises in the track. People love the sounds of engines revving.

Gold Panda – In My Car

This instrumental low-fi beat mix is a car favorite. The song is called “In My Car,” because the song is about the inside of Gold Panda’s car. There’s no lyrics in it, but the beats tell you what it’s about.

With a killer playlist like this, there’s no way your friends will think you’re weirdly in love with your car. They’ll just think you’re normal – completely, absolutely normal.