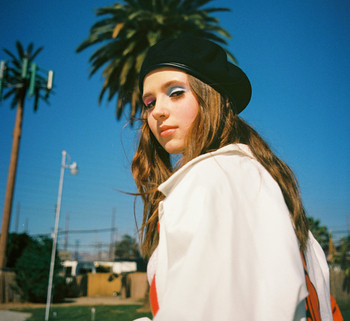 From making music in her dorm-room to becoming one of the most intriguing and exciting indie-pop artists to emerge in 2018, 19-year-old student Clairo aka Claire Cottrill has released her official music video for her unexpected multi-million streamed viral hit song, ‘Flamin’ Hot Cheetos.’

Directed by Matt Dillon Cohen and shot in California, the video signifies Clairo’s first step out of the bedroom and into the beckoning global musical arena. Hailed by the likes of The New York Times’ as the new and noteworthy generation of “indie pop,” described as “entrancing” and praised for her “innate knack for complex emotions rendered so casually as to be destabilizing,” ‘Flamin’ Hot Cheetos’ is applauded for its “stripped-down take on Timbaland-era R&B.”

Since releasing her debut song “Pretty Girl” online last summer, Clairo has gone on the amass an impressive 12+ million streams online with her self-penned and produced music and videos that seem to have resonated with music fans on a global scale.