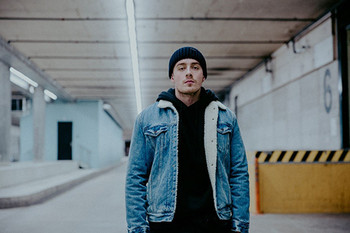 Rapidly-rising Irish artist DERMOT KENNEDY today releases his incredible new single ‘YOUNG & FREE’, the second track to be released from his upcoming mixtape with Mike Dean (Kanye West, Jay Z, Travis Scott, Desiigner), following the fantastic remix of single ‘Moments Passed’ by the legendary producer. Dermot is currently on a sold out world tour which travels from coast to coast across the US, UK, Europe and across to Australia, playing his biggest headline shows to date. The original version of ‘Moments Passed’ has now exceeded 6m streams to date, adding to his over 100m total streams on Spotify alone. ‘Young & Free’ further proves Dermot as a highly skilled songwriter, mixing his melodic folk influenced roots with his love of hip hop production to create a sound that is soulful and organic but fresh and modern at the same time.

On the track Dermot revealed that it’s a song he’s “been living with for the guts of a year now. I like how the choruses carry that power but the verses have an eerie feel, almost foreboding. I wanted it to have that contrast, to represent how you can pine for the p