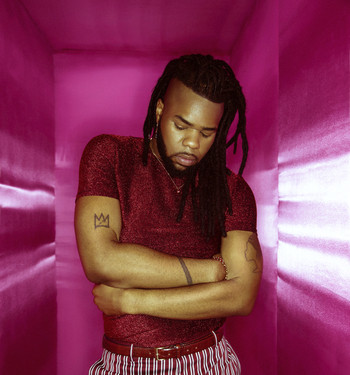 MNEK’s new single, “Tongue,” is now available for download and streaming HERE. Sounding like Bobby Brown’s creative peak reinterpreted through the technicolor glow and wit of RuPaul’s “Drag Race,” “Tongue” is the mark of MNEK planting his own flag firmly in the sand as an important artist to watch. The track received its world premiere last night on the BBC’s Radio 1 as Annie Mac’s Hottest Record.

The U.K. artist signed his first publishing deal at age 14. At 23, MNEK now has one billion streams to his name, between his early material and wider collaborations. Capitol Records will release his solo debut album later this year.

NPR Music observed, “While MNEK’s a triple threat [singer/songwriter/producer], it’s his voice that locks you in.” “Never Forget You,” his duet with Zara Larsson, topped Billboard’s Hot Dance/Electronic Songs chart and has been certified 3x Platinum in the U.S. The list of artists MNEK has written and produced for includes Beyoncé, Dua Lipa, Little Mix, Madonna, Diplo, MØ, Rudimental, Julia Michaels and Stormzy, to name but a few.