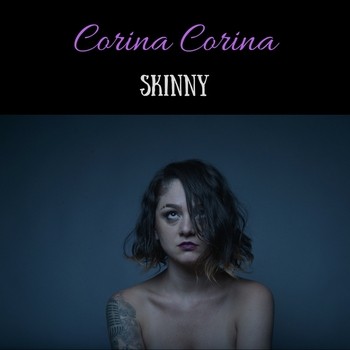 First gaining recognition as a solo artist within the New York City independent hip-hop music scene, she’s had the honor of sharing stages with heavyweights Talib Kweli and Action Bronson. She brings a fresh and seamless synergy between 90s-style r&b, dark pop, lyrically driven hip hop and her roots in blues and soul music. Touring extensively through the USA, including multiple showcases at South by Southwest in Austin and North by Northwest in Toronto, “Corina is unequivocally the lady to follow. She’s firm, beautiful, passionate, and voices her opinions without reservations. In one word: she’s real.” (ItsMarg)

Both of her self-released solo albums, The Eargasm (2012), The Free (2014) were co-produced with internationally acclaimed producer Willie Green (backwoodz), and for Hangover Music she teams up with him once again. All three of her albums incorporate social issues from gender inequality to self-love and resisting social norms. In early 2017, Corina Corina released a mixtape tribute to Run the Jewels entitled Run the Blues to critical acclaim, and now, she is gearing up for the unveiling of Hangover Music.As one of the hardest working women in the industry, Corina Corina has expanded her message of empowerment and authenticity through writing for popular lifestyle blogs such as like Elephant Journal, G.O.A.T. Hip-Hop, Stop the Breaks and had a monthly column about her battle with depression and recovery from anorexia for the popular website, Recovery Warriors.