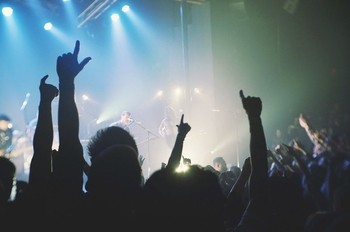 If you’re responsible for assisting in the organization of a music festival, the first concern you should consider is keeping each and every person who attends as safe as possible for the duration of the festival. Not doing so is not only completely inconsiderate and reckless, it also could put you at risk of civil or criminal prosecution if things really get out of hand. Understanding how to get emergency personnel to any situation that may arise quickly is a key part of ensuring the safety of each guest and volunteer.

In order to be able to respond to a situation effectively, each person on the safety team needs to know exactly what’s going on at all times. Many times, a situation will require the response of more than one type of responder, so EMTs need to be in communication with police, and both need to be in communication with festival organizers. This ensures that all necessary resources are deployed to a developing situation, rather than having a partial response which could result in an escalation of the situation. Typically, a cb walkie talkie is the best way to accomplish this communication, as they’re instant, broad, and avoid most types of interference.

If there’s one element that’s true of any music festival, it’s that they attract a lot of people. Large crowds can certainly be fun for the attendees, but for emergency personnel, they can make responding to emergency situations quite difficult. That’s why you need to have pre-planned routes for responders to follow and then block those routes off to the public. This gives them quick access to any general area on the festival grounds, from which they can then quickly arrive at the exact location. Without having to fight huge crowds to get to where they need to go, you ensure that first responders can take care of situations quickly without causing injury to other people they may have to pass to get there.

Another element of most music festivals is that the festival grounds are quite large. This means that if an emergency occurs on one side of the grounds and the emergency response teams are located on the other side, the response time could be quite slow, even with proper pre-planned paths. That’s why it’s important to make use of things like golf carts and scooters to ensure that the most critical situations can be dealt with as quickly as possible. Golf carts not only increase the speed at which responders can arrive by simply going faster, they also are great at getting people to move out of the way to create a clear path even where one doesn’t exist. Plus, if someone needs to be transported for medical care, golf carts provide a great mobile platform that can more easily access many areas that an ambulance might have a hard time with.

Part of being in constant communication is being able to clearly understand both the current conditions at the festival, as well as any upcoming conditions that could cause challenges for emergency personnel. For example, if the sun is currently shining brightly, you might be experiencing more people suffering from sunburns and dehydration. However, if it’s expected to begin storming in a few hours, you need to have a plan to quickly evacuate everyone from the festival grounds while not causing chaos that could lead to a bad situation. Understanding weather, traffic, upcoming festival acts, and even world events can help you keep better control over what’s taking place at the festival.

The best thing emergency personnel can do to be effective at a festival is to simply be present with festival-goers. If people see the emergency responders out and about, they will be more likely to summon the help they need should a situation arise. This willingness to quickly contain a situation is the best insurance against a situation getting out of hand. So, while emergency responders can enjoy the festival themselves, they’ll also be building the goodwill required to keep everything under control.

END_OF_DOCUMENT_TOKEN_TO_BE_REPLACED

Dianña Releases Official Music Video﻿ “Missing You Underneath The Mistletoe”