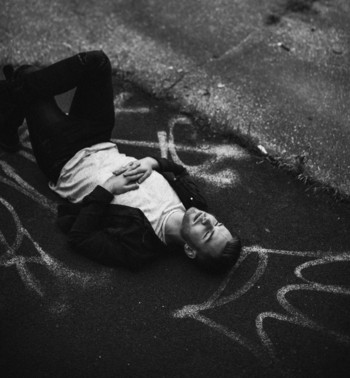 To say Voss’ growth as an artist in the past few years has been impressive would be an understatement. In a relatively short time, he has evolved from a champion battle rapper to a dynamic, versatile songwriter/artist. The BET 106 & Park Freestyle Friday Hall of Famer has long since separated himself from the battle circuit to focus solely on his music, and it has proven to be the best decision of his career. After dropping his debut album “Insatiable” in April 2016, a series of cinematic music videos supporting the project came next, coupled with write-ups in outlets including 2DopeBoyz, Good Music All Day, and Hip Hop Since 1987. In January 2017, Voss earned a feature in The Source for his “Non-Stop” music video.

After dropping a litany of singles in 2017 (10 to be exact), the 215 native finally releases his sophomore album entitled “Lost and Crowned” February 2nd, 2018. The project is his most musically adventurous, well-executed work to date, mixing more modern and diverse production with pop-friendly melodies and Voss’ trusted razor sharp, quotable lyrics. His debut set a tough precedent to top, but Voss has managed to do just that with “Lost and Crowned.”