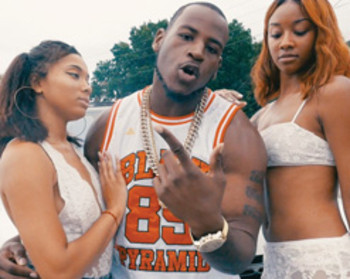 King Keon is a talented, up and coming Hip-Hop artist from the dynamic neighborhoods of Jersey City, New Jersey. A young man who is fulfilling his destiny, he has had considerable trials and tribulations in his 23 years of life. Standing by the saying, “Music is art imitating life,” this artist pours his honest and earnest soul into his art. His unique voice, melodic cadence, deft rhymes and strong delivery sets him apart from the current overcrowded Hip-Hop world, and his new single, “Picture Me” exemplifies all these qualities that are integral to the sonic landscape of King Keon.

The road to becoming “King” is a long and treacherous path. For Keon, this path started as a curious child. As a kid growing up on the East Coast just across the river from New York City, Hip-Hop was a large part of his culture. The thing that set him apart from his peers was that he had music in his blood because his father was a artist himself and his grandfather was a singer. As a child, Keon spent most of his time at the studio with his father while he was cutting records. Ironically, even with all that music in his world, young Keon was fully dedicated to sports like boxing and football. His dreams of being a professional athlete were coming to fruition when he got a full-ride to Delaware State University to play Division I Football.

Still taking inspiration from his artistic father, Keon always said to himself, “I would love to make music if I had the time”. Low and behold, his wish came true. During his freshman year at Delaware State, Keon was expelled for his involvement in a physical altercation defending a trusted friend. With higher education and a career in sports ripped out of his hands, Keon knew it was time. He started working on developing some of the rhymes he wrote when he was bored at school and crafted some compelling songs. At the age of 19, Keon finally showed his Father his music. Utterly shocked at his son’s seemingly out-of-the-blue talent and musical savvy, he sent Keon to Atlanta to work on a mixtape with “The Dream Team”. Soon after, Keon was named “King Keon” by Treach of the iconic group “Naughty by Nature”