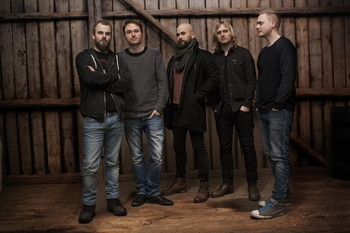 Swedish rockers Ended are back with new music. The single ‘Provokers’ is released on November 8th together with a new acoustic track. Provokers is leaning more towards Ended’s progressive rock side, still with a strong melodic chorus. “This song definitly has all the classic elements that our band is known for” says guitarist and songwriter Lars Granat.

Provokers was recorded alongside Ended’s second album Five Eyes (Sliptrick Records). Since the April release of the album, Ended has recieved overwhelming reviews and have also been on stage supporting one of Sweden’s biggest rock bands. The single is released together with a newly recorded acoustic version of Silver River, the closing track of Ended’s last album. “I think it translated very well into an acoustic setting. It might even be better than the original” says Lars Granat.