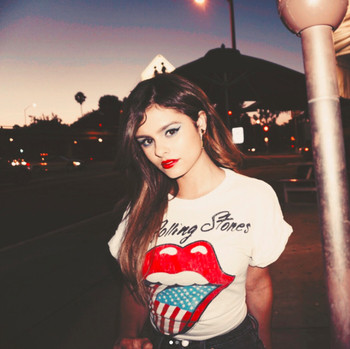 California Dreaming’ by Jacquie – About the Song: “CA dreamin is inspired by loneliness and the city of LA. When I moved I’d never lived on my own before and I had also just split with my boyfriend of a couple years. I wasn’t really sure who I was on my own. One thing that I would turn to when I felt anxious or depressed was roaming around the city and people watching. It gave me mixed emotions – the two most common were sadness and motivation. The darker side of what I saw scared the shit out of me (still does). In an attempt to stop suppressing everything I was feeling, I sat down and wrote the song with a producer I had been wanting to work with, Stint (Gallant, Banks, Santigold). Ultimately what I took from it all was that nothing in life is perfect. There will always be unavoidable highs and lows, but if you have a passion and a dream don’t let any of the bullshit get in your way. Feel all of your feelings and do what you love doing, otherwise what’s the point? Fear won’t dictate the little time I have on this planet anymore.” Says Jacquie

Jacquie will be releasing her new project this fall. Inspired by the struggles of being thrust into the lime light, dealing with industry expectations, breaking away from confines and coming into who you truly are as an artist, this is first project she feels really represents who she is as a young women and an artist.