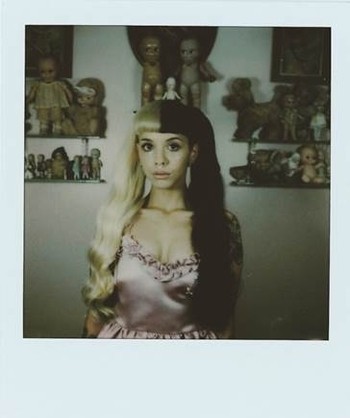 Atlantic recording artist Melanie Martinez is celebrating the premiere of “Mad Hatter,” the final companion visual from her RIAA platinum certified debut album, ‘CRY BABY.’ The clip is streaming now on Melanie’s YouTube channel, which now boasts over 5 million subscribers and over 1 billion total views. As with all prior visuals from “CRY BABY,” written, directed, conceived, and in this case, featuring costume design by Martinez herself, “Mad Hatter” marks the multi-talented artist’s biggest and most creatively adventurous video thus far. The clip – which features animation from Eight VFX – represents the very last of the album’s tracks to be joined by a companion visual, completing what has been a truly remarkable two year journey for Melanie and her breakthrough debut album.

“CRY BABY” is widely regarded among the most inventive and striking debut albums in recent memory, an unforgettable collection of provocative pop framed as a modern fairy tale, complete with storybook illustrations and a dramatic structure that takes listeners on a dark journey through the life of its title character. Named by SPIN as one of 2015’s top pop albums, “CRY BABY” has spent an extraordinary 108 consecutive weeks on the SoundScan/Billboard 200 since making a #6 chart debut upon its initial August 2015 release while also at #1 on the “Top Alternative Albums” chart and #5 on “Top Albums.”