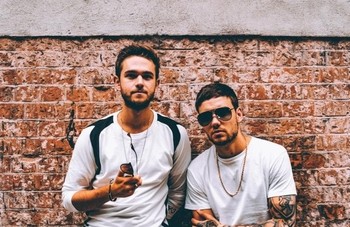 Multi-platinum, Grammy award-winning artist/DJ/producer Zedd has shared the guerilla style “street video” for his latest single, “Get Low” with Liam Payne (Interscope). In the video, Zedd and Liam take to the streets of London, with dance troupe in tow, to surprise unsuspecting fans with pop up performances near “Covent Garden”, “Oxford Street”, and “Trafalgar Square.” Directed by Andrew Donoho (Skrillex, Marshmello, twentyonepilots), the video combines professionally shot and fan captured footage of the surprise performances as fans join Zedd and Liam in the “Get Low” street dance.

Released earlier this summer, “Get Low” reached #21 at Top 40 Radio in the US and has amassed over 105 million streams digitally. Upon its release, Entertainment Weekly quickly called it a “sizzling summer jam” and Billboard proclaimed, “Get Low” takes you on a trip to paradise inspired by its house bass and fantastical production.”