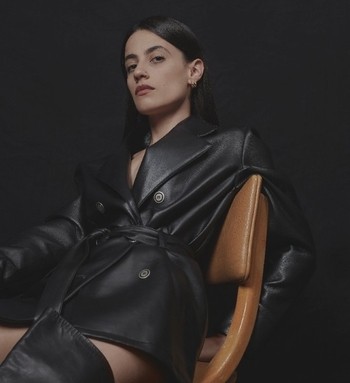 Following on from her inaugural EP last year, French DJ/producer/vocalist and NTS resident Coucou Chloe is back with new record ‘Erika Jane’, this time for nascent record label NUXXE, which she co-runs alongside Crazylegs’ Sega Bodega and frequent collaborator, Shygirl.

Comprised of six tracks, ‘Erika Jane’ serves as a natural extension to the ominous club material pulled together on 2016’s ‘Halo’, with Chloe bringing pulsating basslines, distorted vocals and sinister synths right to the very fore of her music. Now based in London and with Sega Bodega (‘Flip U’) and Janus artist Kablam (‘Sylph’) also on board, her music feels more wild, fractious and rebellious than ever before, re-moulding club tropes as she sees fit in the process.

Following the release of ‘Erika Jane’ on September 22, Coucou Chloe will also make her debut at Unsound Festival in October, as well as continuing to write music alongside Sega Bodega under their burgeoning Y1640 moniker.