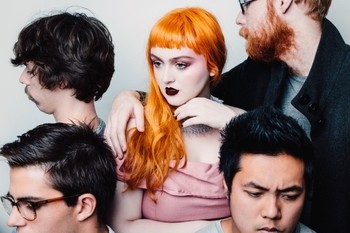 Sydney indie-soul outfit Levingstone are back with a pulsing new single rich with their trademark combination of lush harmony, groove and imagery – titled “Ritual,” from their upcoming EP Overland.

The tune was premiered on TheMusic.com and has already been played on Roots N All – Triple J. It has been described by the band as “A song about death that you could dance to” and with it’s punchy rhythm and driving melodies, it certainly casts a shimmering light on the subject.

Recorded at The Grove Studios with Chris Jackson and mastered by Kelly Hibbert (Little Dragon, Hiatus Kaiyote, New Venusians), the song explores death as part of the cycle of living, and is both personal and uplifting.