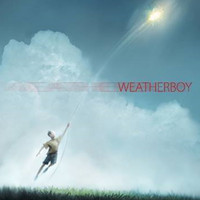 Unlikely collaborations often bear the tastiest fruits. The self-titled debut release from Weatherboy brings the talents of Los Angeles based restaurateur and artist John Walquist with those of Iceland native and multi-instrumentalist Ragnar Rosinkranz in a ten song collection invoking recognizable sounds from the past while still firmly planting flags in the present. Their penchant for exploring wide-open pop landscapes with nearly symphonic ambitions harkens back to the work of iconic units like The Beach Boys and The Beatles, common enough touchstones for many fine artists, but the duo possess a rare skill for transforming the deliberate grandeur of such an approach into something with a much more natural, organic flow and have even recruited no less than the likes of legendary Grass Harp guitarist Phil Keaggy to aid them in bringing that musical vision fully to life. There is no sense of premeditation coming from these songs; instead, they sound fully formed and emerge as if being performed for the first time.

The opener makes their reach and potential impact very clear. “Got a Good Thing” begins with a brief dash of plaintive acoustic guitar soon followed by a brass like fanfare. It settles into a vibrant amble after that anchored by drumming with just the right amount of swing. The Beatles influence is quite palpable in the music, but it never presents itself as some sort of stylish tribute. Instead, we hear our first fully invoked illustration of Walquist and Rosinkranz’s wont for spacious composition, strong vocal arrangements, and intensely “live” performances. “Great Great Life” is an even more vivid elaboration on the initial song. The brass is much livelier and prevalent here than we heard on the first cut and the vocals, arguably, much richer. These two songs make for a spectacular opening combination.

“Riding on the Wind” begins in fairly spartan style before soon expanding into a highly stylized, but warm slice of mid-tempo pop. Despite the sleek surfaces we hear in these songs, there’s never any sense of musical triviality. Weatherboy excels, inside three songs, at establishing a signature sound that always retains surprising flexibility. “Bennett” opens with a slowly rising drone and the vocals wrap around the swell. The song coalesces into being slowly, but despite finally assuming a semi-traditional “shape”, this song is representative of Weatherboy at their most artful. It is seldom content to follow one melodic or musical path for long. The drumming and ear-popping turns Weatherboy takes on the song “All Your Fault” is alone worth the price of purchase. This is among the album’s virtuosic songwriting efforts and it’s simply astonishing how the duo mixes acoustic guitar, high pop, melody, and compelling vocal melodies into such a seamless whole. The album’s finale “Full Bloom” begins in a straighter way than any previous performance on this debut. They embrace the naked intimacy of sparse, yet lyrical piano and a nuanced, yet deeply emotive vocal. Ending with such a starkly beautiful note is a final sign that Walquist and Rosinkranz are artists built for the long haul and capable of conceiving their works on a larger scale than most.