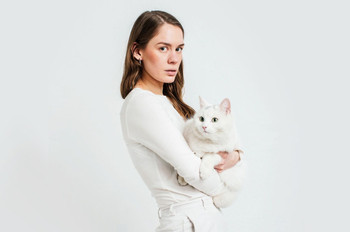 Anna of the North today unveil new single ‘Money’, another infectious alt-pop gem from the ever-more endearing Norwegian-Kiwi duo who stand on the precipice of blowing up.

Following previous singles ‘Lovers’ and ‘Someone’, the third glimpse of their highly-anticipated debut album pairs a sun-drenched synth-driven backing with Anna’s impassioned take-down of people driven by the wrong things in life. Slickly combining the darker message of the track with its euphoric instrumentation shows how assured the duo’s song writing has become, and offers another example of the varied yet coherent palette which is deftly employed across their debut full-length.

As with the rest of ‘Lovers’, due for worldwide release on September 8th, ‘Money’ was recorded in Oslo and mixed in Copenhagen and London by Luke Smith (Foals, Petite Noir, Depeche Mode). It’s an album deeply rooted in heartbreak, a subject that courses through the veins of all ten tracks – through the turmoil, the guilt and the tentative joy of finally letting yourself move on.