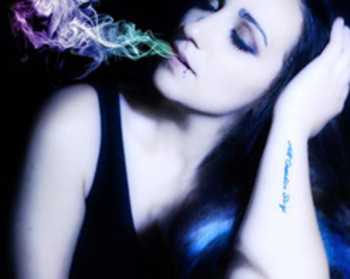 The East Coast’s next big thing, Billboard chart ingénue Angelica Joni is rising to the very front of the house pop scene. This New York native specializing in EDM, pop, and dance music is no stranger to the stage, having been performing for live audiences since she was only 8 years old. Now this electrifying musical tsunami is ready to share her talent with international audiences everywhere.

Recently teaming up with established producer/re mixer Valentin Fuhrer (Lucas Prata, Deborah Cox, Britney Spears), Angelica has released accomplishing singles like “Weightless,” which hit the top 10 chart on Chicago’s Dance Factory Radio. The hit single then rose for 8 weeks on the Billboard Dance Chart landing in the top 30. In 2016 Angelica brought her electrifying talent and vocal finesse to an audience of 15,000 people at NJ Pride, one of the largest LGBT events in the US. After recently signing with dance label 418 Music, she will be thrilling crowds again with her newly released dynamite single “Exhale.”

The video for “Exhale” is packed with dance floor energy and catchy beats for any club mix. Tapping once again into her talented team, Angelica tapped Valentin to direct the action. This flaring romantic video features Angelica herself drenched in a soft blurred light juxtaposed with beautiful blooming flowers, creating a vibrant and colorful scene. What at first seems like a love rivalry turns out to be a celebration of love, focusing on the passion and not the competition. The vibrant colors and cinematic touches create a mesmerizing palette of sight and Angelica delivers the irresistible sound.