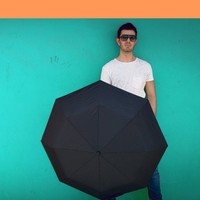 Jack Massic, also known as Santiago Hernandez, is a Colombian songwriter that has been releasing popular electronic singles for about a year that have been creatively dubbed as “Topical House Music”. Massic has been writing, producing, and playing music for over a decade, and was previously the drummer of a highly successful Colombian band called Sin Animo de Lucro. Massic’s band was responsible for two gold albums, three number one hits, and a Latin Grammy nomination. Away from the band, this most recent music video, titled “Always”, was released July 14th and will be followed by Massic’s debut solo album later this year.

There are essentially two ways to evaluate “Always”. The most recent Massic single can either be assessed from a standpoint of its own musical validity and competency, or it can be scrutinized as a “package deal” by considering both the accompanying music video, and how the story presents the overall thematic message the artist is attempting to convey. If the entire package (the music/video) is combined as part of the evaluative process, it is relatively easy to denote the obvious successes that Massic’s work has achieved in the release of this single. Replacing the safe and genre-repetitive music video elements of half-naked women, a mob of dancing kids in their early to mid twenties, and a visual assault of strobe/laser lights with an honest, lighthearted, and simplistic motif of realistic kindness and familial bonding is a move that is as noble as it is atypical, even if it risks lack of sales/popularity as a obligatory consequence. In short, “Always” is a single that becomes incredibly easy to be drawn to, and incredibly easy to like. The overall message is positive, the video is well shot, the mix is well polished, and there is enough talent present in Massic, Massic’s hired vocalist, and the two child actors depicted in the video that nothing about the single seems “low-budget” or “cheap”. Taking all of this into consideration, from the standpoint of the music video as a unit, Massic has definitively achieved a commendable success. This video is fun, good-natured, and well performed by both the musicians and the actors.

However, looking at “Always” from the perspective of a musical composition in it of itself, there is no immediate indication that would suggest this is the next great pop hit. The track is relatively static, one dimensional, and most of the time simply serves as a backdrop for the events portrayed in the video. While there is no question that “Always” was produced with the utmost quality and professionalism, the composition is rather unassertive and somewhat lacking in unique and exciting elements that potentially might have made the thematic representations in the video more dynamic and heartwarming than they already are. Massic doesn’t sing on the track, instead hiring a Los Angeles-based vocalist known as “Junior”. The R&B style of the track is mixed with contemporary electronic synths and other pop traits, which places the music in a category that is somewhat similar to what can be expected from artists like Shawn Mendes or Bruno Mars. However Massic, in some ways, still seems to be searching for a definitive musical identity which, considering his prior involvement as a member of a successful band, is perfectly understandable and predictable.

In respect to the dual criteria of evaluation, Massic’s “Always” can be viewed as either an obvious success, or a somewhat one-dimensional and tentative effort by an artist that is still honing into his unique sound. When taken as a full package, the music and the video create a warmhearted presentation that is difficult to critique. However, close scrutiny of the composition from a musical standpoint perhaps leaves some to be desired.